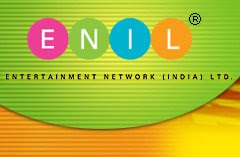 With a total of 32 stations launched, ENIL has operationalized all its licenses obtained in Phase-II of the liberalisation of FM Radio regime. In addition to its 10 legacy stations, it has launched 22 new stations with its licenses and is presently amongst the top 3 players in the country.

The 10 older stations have started gaining traction inspite of intense competition. They operated at an operating profit margin of 31 per cent as against the 6 per cent posted by the newer stations. Thus, the overall margins stabilized at 29.5 per cent for this segment.

The OOH subsidiary witnessed an infusion of Rs 220 crore by Goldman Sachs, Lehman Brothers (Rs 100 crore each) and Rs 28 crore by ENIL at a valuation of Rs 1,200 crore. The management could capitalize the company further in the coming 2-3 years as it plans to scale up its business sharply.
Stocktrendz
We Change The Way You Invest
Posted by test at 5/27/2008 04:21:00 PM

The information contained and provided on this Blog is of a general nature and it is not the intention of the Owner of the Blog to provide any professional advice, solicitation or offer to sell, recommend or purchase securities and/or funds to the Registered Users and/or Viewers of the Blog.